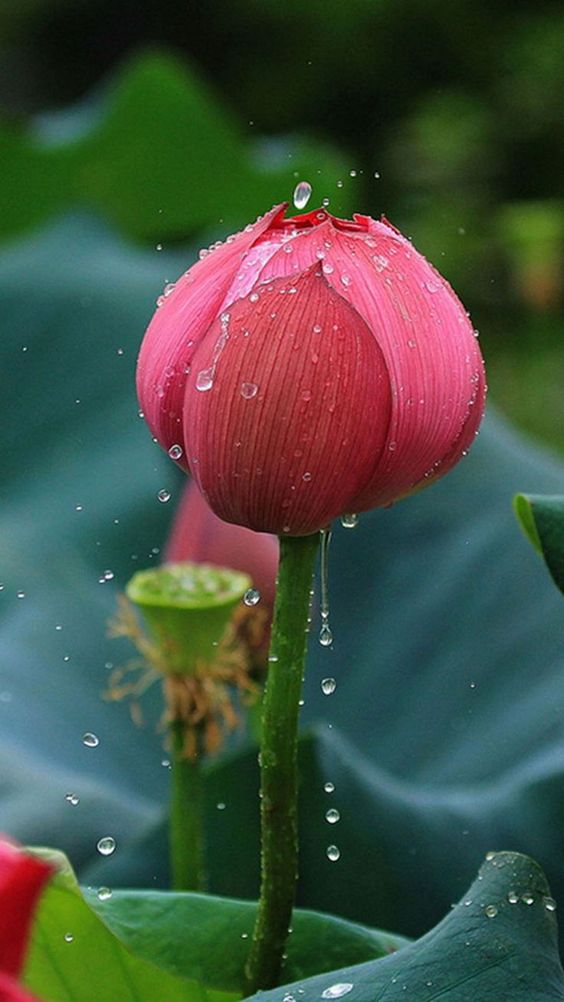 Lord Rama addressed his mothers with sweet words, meditating upon Lord, fixing mind at the lotus feet of Lord Shambhu, his preceptors Sage Kaushika and Sage Vashishta, and the twice-born, closed his beautiful eyes resembled lotus flower petals to sleep while sleeping, his red lotus-like eyes half-closed gave out a marvelous appearance. The women in the city and palace were wide awake in the night, could not go to sleep watching the auspiciousness and merriment of arrival of grooms and brides, the queens conversed with their female companions “The city is marvelous in the presence of children and their brides, and the beauty of the night is beyond description.” The queen mothers retired to their grand chambers, they took their brides and put them sleep on their bed, and kept them close to their bosom, like the serpent, coils its precious gem on the forehead. It was the early hours of the dawn, the rooster’s sunrise song informed the arrival of the sun, Lord Rama woke up during that auspicious hour, the Vandhiganas and Suthaganas sung in praise of Lord of Raghu, the people of Ayodhya arrived on the entrance of the palace to eulogized and prostrated before the King and his family. The four brothers finished the early morning rites, offered salutations to preceptors, twice-born, deities, and the elderly members of the family, and received their blessings. The queen mothers reverentially gazed at the King and the princes stood ready for the morning rites.

Posted by Vishwanathan Uma at 4:36 AM