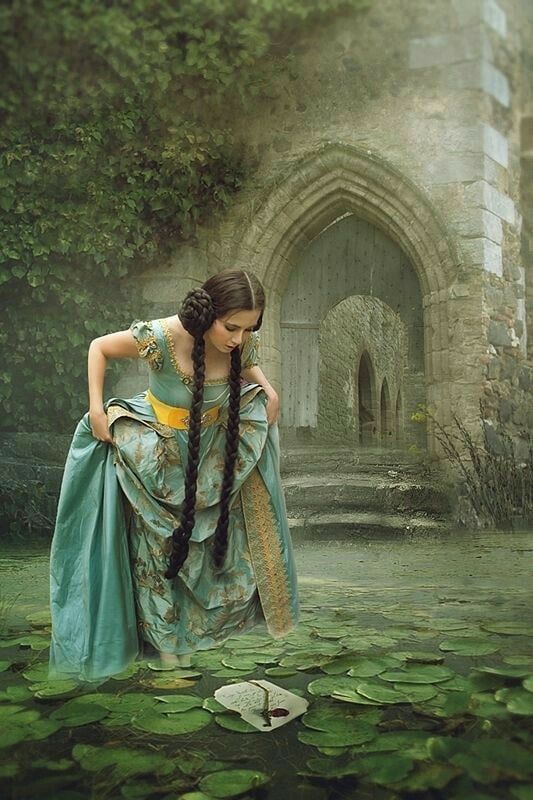 Sage Yajjavalkya speaks “ Oh! Mune, King Sheelanidhi and his wife offered obeisance to Maharishi Narada, and introduced his most beautiful daughter to the Sage, and requested “Oh! Mune, kindly makes predictions about the future of one and only daughter of mine.” Maharishi Narada stunned watching at the loveliness of Vishwamohini, soon fallen in love with her, could not take eyes off from her. He gazed at her with yearning, soon regained consciousness, and began to read the lines on her palm, he lost good self, watching the auspicious signs on her face and palm, decided not to reveal whatever he has read, “she would bring good fortune, auspiciousness to the person to whom she married, he would become immortal, honored by the three worlds, become unconquerable”. Maharishi Narada did not reveal the entire facts to Sheelanidhi, all that he predicted were constructed lies. Thus, Narada left the palace of Sheelanidhi, tormented by the cupid of love, intense yearning to get married to Vishwamohini. He returned to his abode, but his mind was full of anxiousness, could not concentrate on meditation, all he wanted to know how to achieve Vishwamohini as a wedded wife, how could he impress the princess to marry him and achieve her as consort. His interest in meditation and contemplation was completely lost, all he could think of the loveliness of the Vishwamohini, and how to achieve her as a wedded wife.”

Posted by Vishwanathan Uma at 10:25 PM