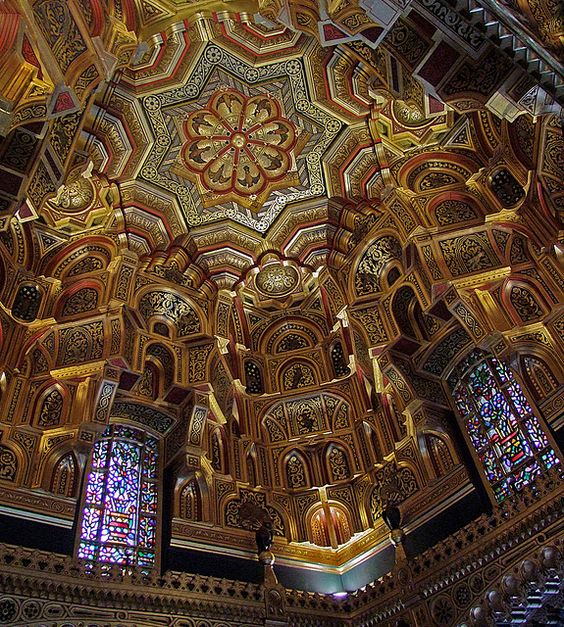 Sage Yajjavalkya speaks “Oh! Mune, Vishwamohini along with her female companions glided majestically through the vast assembly, beautifully moved like a swan, holding the Jayamala searching for an appropriate groom. She did not pay attention to the corner where Sage Narada was seated full of pride and expectation. Sage Narada became restless could not be seated, often rose from the seat inviting the attention of all, but miserably failed to get noticed by the princess. The Shivaganas couldn’t control their laugh, thoroughly enjoyed the gimmicks of Maharishi Narada, who made a laughing stock in the assembly. Surprisingly, there was Lord Hari disguised as a King was present in the assembly seated in one of the thrones, the princess cheerfully moved to Lord Hari and adorned the Jayamala on his neck. The people in the assembly cheered in extreme joy, soon Lakshmikantha carried the princess on his arm and left the assembly while the other kings were watching in despair. Maharishi Narada could not control his anguish and frustration, felt as if the safely kept the gem tied on the upper clothe slipped away out of the knot, the Shivaganas could not stop laughing and said “Oh! Maharishi, kindly look at your face in the mirror”, soon they ran out of the assembly. Maharishi Narada looked at the reflection of his face in the water, was alarmed and could not control his rage, further cursed the Shivaganas who were laughing from the beginning.”