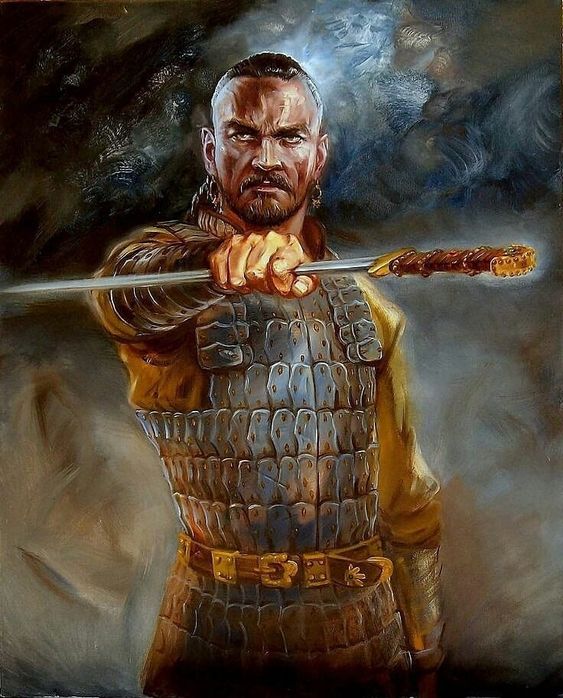 Ravana spoke “Oh! Dear fellows, if you successfully cease the religious and spiritual rites, fire sacrifices, etc. the deities get weaker, lose the strength to fight with us, will soon surrender to me. Afterward, I could decide whether to free them or punish them, as I have always desired.”  Ravana addressed his mighty son Meghanatha “Oh! Vathsa, I would like to see your skill in the battle with the deities, even though these deities are super-powered, skilled in the usage of armaments, unconquerable on the battlefields, I would love to watch them fastened by the heavy chains, and brought before me.” Meghanatha reverentially bowed before his father and left, prepared for the battle against the deities, and followed by the numerous dreadful demons with various vicious weapons in their hands. The ten-headed Ravana haughtily walked quivering the Earth and three worlds, which caused the female deities to lose their fetus. The deities abandoned their abode and took shelter in the caves on Mount Sumeru. Thus, the mighty Ravana conquered all the marvelous realms in ten directions, did not stop the hunger for slaughter, or satisfied of his possession, he called for battle with the deities, did not stop chase for opponents, did not find anyone who has possessed competent might to fight with him. Further, he captured Rabi/Sun, Sasi/Surya, Pavana/Lord Vayu, Baruna/Lord Varuna, Dhanadhari/Lord Kubera, Lord Agni, Lord Yama, etc.  he chased after Kinnaras, Siddhas, Manushya, Devatha, Nagas, etc. put everyone’s life under threat. All the creations of Lord Bhrama were under constant fear and anguish, seized by the Ravana, and tortured to death. All the deities were tortured, humiliated, imprisoned, and forced to serve at his feet.

Posted by Vishwanathan Uma at 11:02 PM