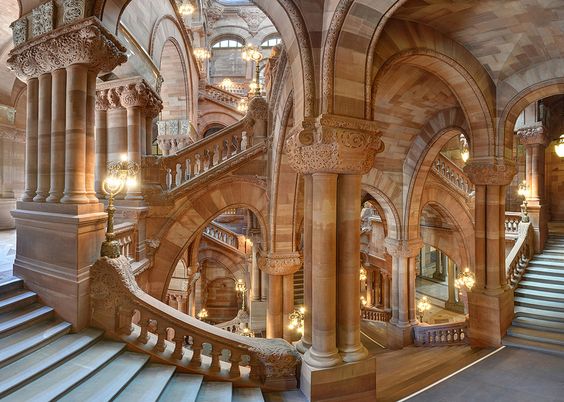 Sage Yajjavalkya speaks “Oh! Mune, it was one of the most propitious moments of extreme delight, hence no one remembered each other’s details, all the eyes were on the Sacchidhanandhaswaroopa Paramathma Parambhramam Lord Rama, who is bliss personified, the whole atmosphere was diffused in extreme bliss. The deities in the guise of twice-born mentally offered prayers to Lord Rama and occupied their respective seats in great enthusiasm. All the eyes set on the loveliness of Rama were drinking the beauty, and the pleasantness of Paramathma at their heart’s content, like the Chakora birds, takes pleasure of the full moon rays. Finally, the auspicious moment has arrived, Sage Vashishta summoned Sage Shathanandha with great honor and informed him to bring the bride to the dais. Devi Sunayana was highly pleased to hear the message of the Sage, she invited twice-born, and the elderly women of the family to perform the wedding rites, including the female deities who have assumed the form of lovely women was beyond description. They melodiously sang various songs, none of them could recognize them as female deities, all the eyes were set on the beautiful women/Devi Sachi, Devi Rama, Devi Sarada, and Devi Bhavani. Queen Sunayana repeatedly honored them and praised their virtues and beauty, without knowing their real identities. These female deities decorated Jagathjanani, Paramba, Bhagavathi Devi Sita in the finest garments, brought her in a marvelous bridal attire, adorned in beautiful flowers on hair and chest, and ornaments all over the body, smeared Mangaladhravya and rich fragrance on her lovely limbs, and they stood as a circle around the bride and brought her to the pavilion.”

Posted by Vishwanathan Uma at 5:20 AM