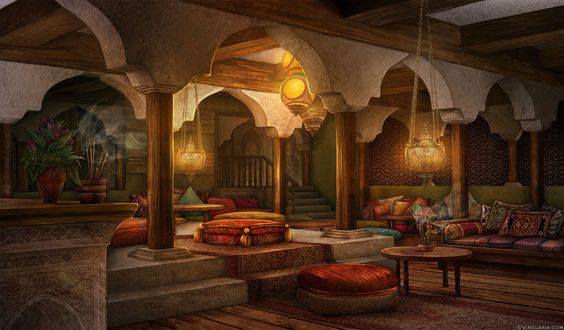 The female deities assembled as members of the royal family approached the Sacchidhanandhaswaroopa Paramathma Parmabhramam with the trays full of auspicious ingredients/Mangaladhravya, and lightened lamps to remove evil eyes on that Paramathma, the sounds of divine musical instruments reverberated in the sky, the deities showered flowers, the women assembled behold the loveliness of that Paramathma Parambhramam incarnated as Rama, tears overflown through their beautiful eyes resembled lotus flower petals in extreme joy, and transported them to a world of ecstasy. The joy of Queen Sunayana watching the mesmerizing beauty of Lord Rama in the groom’s attire was beyond the description even for Devi Sarada and Lord Adhishesha in hundreds of Kalpa. Devi Sunayana felt it is inauspicious to shed tears on the propitious moment, she dutifully removed the evil eyes from the groom, waving the earthen lamps around him in clock and anti-clockwise, and followed all the customary rites and the rites prescribed in the Veda. There were five types of divine musical instruments echoed in the air, Devi Sunayana offered water to Rama for washing hands, and proceeded to the pavilion. The majestic appearance of King Dasaratha excelled at the Emperors of the three worlds.

The deities showered flowers, the large group of twice-born recited the Vedic chants meticulously, brought all new vibrations in the air, the sounds of musical instruments reverberated in the Earth and heaven as well, hence the people couldn’t converse each other.  Rama after washing hands, was followed by ceremonial priests, and a sanctified seat was offered by the royal priests to the groom in the large wedding Hall.

Posted by Vishwanathan Uma at 6:32 AM