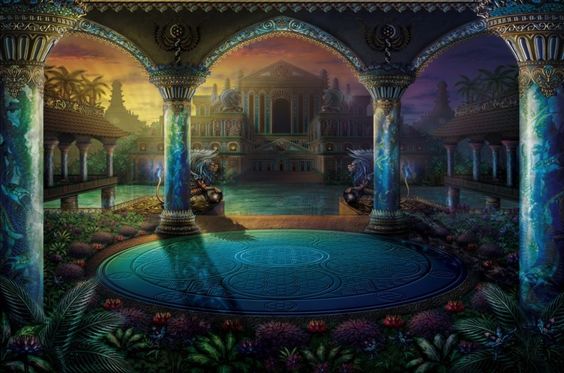 Sage Yajjavalkya speaks “Oh! Mune, finally, the child born just before Shathrughna, is the abode of splendid characteristics, the inseparable and most beloved of Sri Rama, and the bearer of the Universe was named as ‘Lakshman’ by the royal priest Sage Vashishta. The preceptor spoke after a deep thought “Oh! Rajan, your four sons are the essence of Veda, your elder son Rama is beloved of Lord Shiva, sought after by Rishis, Sages, Siddhas, through various austerities and penance, is the treasure of ascetics. He would perform various childhood sports that would provide immense delight to the hearts of noble souls.” Lakshmana has grown highly devoted to Rama, became inseparable, considered his elder brother as a benefactor, and his Master showered great devotion at the lotus feet of Rama. The love and brotherhood shared with Bharatha and Shathrughna were beyond comparison, was the Master and servant, devoted and inseparable from each other. Mothers watched the beauty of their infants, one in dark cloud complexion and the other in fair complexion, moving all around in pairs and their various amusements with immense delight, they often pluck out the grass to remove the evil eyes on their lovely children. The four brothers were an ocean of beauty, wisdom, and virtue, yet Rama outshined all three of them. He spread intense delight like the cool rays of the moon, with the captivating smile revealing the tiny protruding teeth, sometimes taking a seat on mother’s lap or sitting on the cradle.”

Posted by Vishwanathan Uma at 9:50 PM