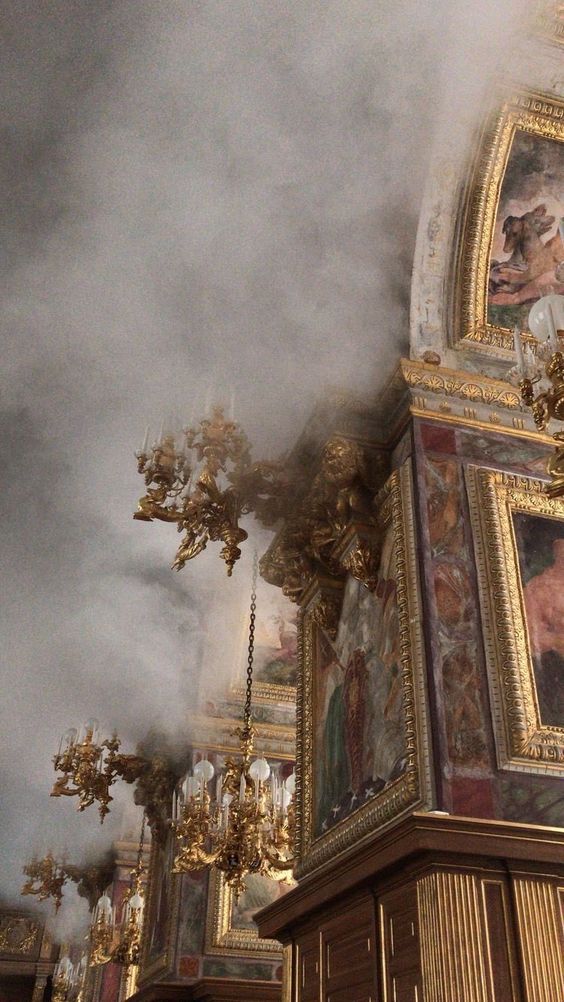 The Brahmins surrounded the King pacified “Oh! Bhoopathi, even though you are innocent, the curse pronounced cannot be redeemed, whatever destined cannot be rewritten, especially the curse of the Brahmins cannot be taken back, hence you have to follow the curse, sadly you and your entire clan would take birth as demons.” Thus, all the Bhramins left the palace, soon the incident happened in the Kingdom of Kaikeya spread all over the neighboring countries. The Kings who were conquered by Prathapbhanu were seeking an opportunity to reclaim their regions, wealth, and power, returned with great vengeance followed by huge armies. The Kingdom of Kaikeya witnessed the worst period of time, constant battles caused huge loss of army men, little by little, the Kingdom of Kaikeya began to perish, due to constant battles, famine, drought, etc. finally the whole clan of King Sathyakethu of Kaikeya, destroyed by the curse of twice-born. The Kings of neighboring countries regained their regions and power, returned with a huge victory.

Posted by Vishwanathan Uma at 10:48 PM