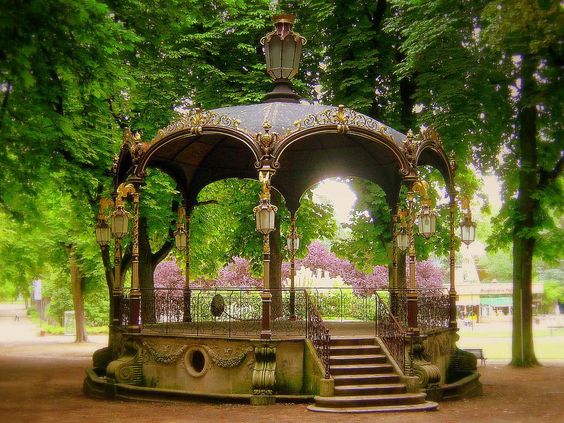 Sage Yajjavalkya speaks “Oh! Bharadhwaja, the splendor of the city of Mithila was incomparable, there were stunning white fortresses decorated with precious gems, and the palace where Devi Janakanandhini lived was beyond description, the pathways to the fortresses were spectacular, there were assembling of princes, king’s men, warriors, and the entertainers of the palace. There were huge stables for the horses, stalls for the elephants, and storehouses for the chariots, and armaments. King Janaka had a huge army of men and ministers, and there were beautiful fortresses for all those King’s men, there were stunning mansions in the countryside for the princes to take pleasure in the rich natural beauty. Sage Vishwamithra noticed a beautiful garden filled with mango trees loaded with ripened mango fruits, revealed his desire to relax in the garden for a while before entering into the city, the compassionate Lord Raghunatha replied courteously “Yes my Lord, as you wish” thus all those twice-born and Sages accompanied were halted in the beautiful garden. The King of Mithila received the news of the arrival of Sage Vishwamithra with the hermits and twice-born settled in the pleasure garden.”

Posted by Vishwanathan Uma at 12:28 AM